In 2010 Ahmad arrives in the Netherlands, after an unimaginably heavy and uncertain journey of several months. He fled from Afghanistan, through Pakistan, Iran, Turkey, Greece and several European countries. In Amsterdam, his “guide” leaves him to his fate. He is 16 years old.

He tells the Dutch Immigration & Naturalization Service (INS) his story and within a few weeks he gets a provisional residence permit that is turned into a permanent permit after 5 years. According to the Dublin Convention, he is entitled to asylum as a refugee. He is threatened to be killed in Afghanistan because of an honor killing issue with a girl from ‘better’ Pashtun circles. Ahmad himself is part of the oppressed Hazara community.

Documented and approved by INS

Ahmad’s story was documented and approved by the INS in 2010. Ahmad, as a 16-year-old boy, did not kill the Pashtun girl, did not beat her, did not maltreat her, did not stalk her, did not offend her, did not steal from her and not deceive her. No, Ahmad was in love with the girl and agreed to her proposal to have sex. The girl hoped that this would enforce her parents to agree to her marriage with Ahmad.

The consequences of this ill-considered puberty action were not foreseen by Ahmad and the girl. After a few weeks, the girl was arranged to marry a cousin. This cousin soon established that she was no longer a virgin. From that moment on, the cousin’s Pashtun family – according to the traditions of the country – claims revenge by killing the perpetrator and his immediate Hazara family members.

Ahmad flees the country in great hurry. He is not even able to say goodbye to his mother and his little brother Sayed. He tells the INS that he is seriously concerned about his younger brother. Sayed is then 11 or 12 years old. The INS file states Ahmad’s comment that if his brother gets older, his life will also be threatened. After his brother has disappeared from Afghanistan, Sayed does not understand exactly why, but he feels and notices that there is danger for him and his mother.

Sayed goes into hiding, first with his sister and soon afterwards with an aunt who lives further away. Not for a few days, but for years he has to stay with his aunt, keeping himself hidden from his persecutors. After three months, his mother suddenly stops visiting him. He regularly asks where she is, but he does not get an answer. After about a year, he finds out that his mother was killed by the “enemy” of his fledged brother Ahmad. He then spends four more years within the walls of his aunt’s house. With some regularity, messages arrive that the Pashtun are still searching for him. He spends most of his puberty indoors. He teaches himself to read and write through the Koran. His older cousin Mustafa, who works as a teacher, teaches him English.

One day Mustafa disappears without a trace. He does not get home from his work. Neighborhood residents have seen that he was taken in a car. They never hear from him anymore. Sayed’s aunt is convinced that her son Mustafa has now also become a victim of the honor killing. Sayed is then 16 years old. His aunt says he must leave because the threat is not only affecting Sayed but all the people who help him. Sayed does not fully understand the reason, but he obeys and is forced to leave. His aunt and uncle arrange money and a smuggler. He has no idea what to expect when he is left in the mountains that evening, with a group of strangers. 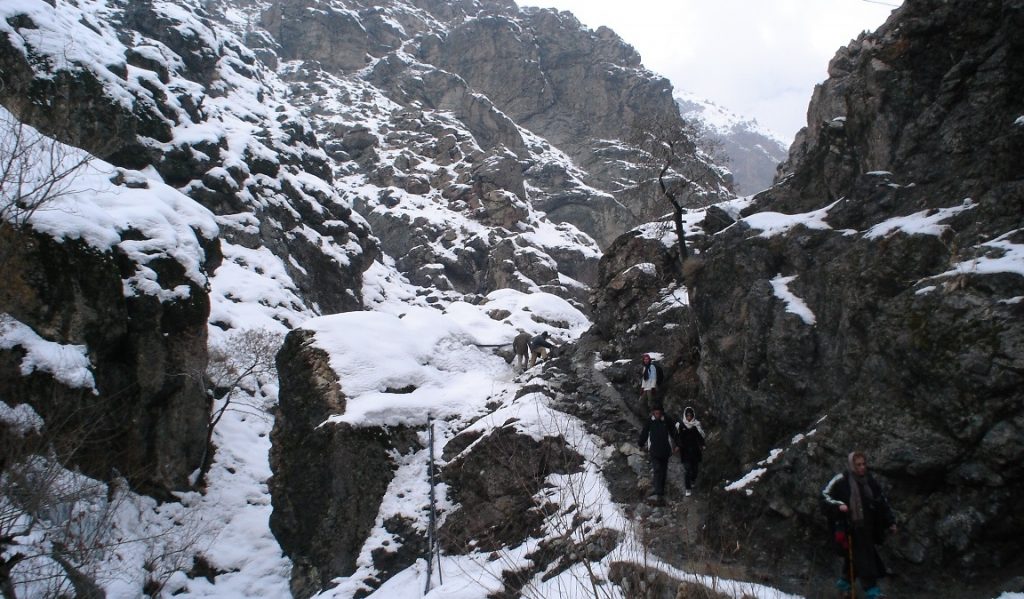 He sees dozens of people drowning

Sayed also makes a heavy, dangerous journey of months as a 16 year old. He sees many women and children die of hunger, thirst and cold, in the mountains between Iran and Turkey. He sees dozens of people drowning, when the old boat that brings him from Turkey to Greece capsizes. A blonde woman helps him when he reaches the shore, wet, cold and without any possessions, by clinging to a refugee with a life jacket.

His aunt told him to go to “London” or “Holland” because he might find his brother Ahmad in one of those safe countries. He has no idea of topography, but continues to ask and travel, until one morning he gets off a bus in Amsterdam. He asks someone on the street: “Is this Holland?“.

His application for asylum is rejected

In spring 2016, the brothers are reunited with the assistance of a concerned employee of the asylum center. Sayed asks for asylum in June 2016, but his application is refused. His story is rejected, being ‘incomplete and inconsistent’. This had two reasons. First of all, he didn’t know exactly what his brother did in 2010, to cause the threat of being killed. He only knew that his brother “had done something” with a girl. Secondly, he promised his aunt – with his hand on the Koran – that he would tell nothing about the little he knew at the time. His aunt was afraid that his persecutors would track him down throughout the world.

In the summer of 2016, the rejection was made official, because no one in the social network of the brothers was sufficiently involved and competent to appeal. From that moment on, nothing happens.

In May 2017, the brothers meet a Dutch couple in the gym. Sheer coincidence. Marian and Jan are interested in the story of the two brothers. Sayed appears to be illegal in the Netherlands since the decision of the court in 2016. The Dutch Return & Departure Service (RDS) had already asked him 5 times how and when he would leave the country. This causes enormous stress, headaches and insecurity for both boys. Back to Afghanistan is not an option. There’s a certain death waiting for Sayed, because honor killing does not have an end date. But what then?

Because Sayed is under 18, he simply attends school. He even receives money and guidance from an appointed guardian for juvenile refugees. He enjoys the classes at his school, the International Transition Class. He is very motivated and quickly learns to speak Dutch. He is eager to start an applied education program. He is full of plans for a beautiful future in the Netherlands. He lives with his brother in a small Dutch city. Life seems normal, but there is a terrifying danger in the sky. This situation is very stressful for both of them. They suffer from insomnia, headaches, quarrels, nightmares and a paralyzing uncertainty about the future.

On July 1, 2017 he is turning 18, and he will be treated as an adult. Just before that date, with the help of Jan and Marian and his lawyer, Sayed files a repeated asylum application. Jan & Marian had an in-depth talk with Ahmad, who finally revealed his 2010 INS file – something he had kept secret for all that time, because he was deeply ashamed of what he had done back in 2010 in Afghanistan, causing so much grief for his family. Ahmad now understood how important that information was for his brother. Based on the new, detailed facts from Ahmad’s file, a repeated asylum request would not be at risk of being considered ‘incomplete and inconsistent’. Now Sayed understands the reason why his life was threatened, and he is able to explain this to the INS.

Remarkable, to say the least

The INS does not accept his story. The INS also doesn’t believe that Sayed wasn’t aware of the new facts before. To say the least, this is highly remarkable. After all, if Sayed had previously been aware of these facts, he would have used the information to submit a repeated asylum application long before July 2017.

Also, the INS does not accept that Ahmad’s file contains new information. That is even more remarkable. After all, if the INS or the judge had knowledge of those details in July 2016, Sayed’s statements would never have been considered “incomplete and inconsistent statements”. Ahmad’s file is loaded with detailed statements that confirm that Sayed had to fear for his life. In fact, Sayed should then already have had a residence permit in 2016. Sayed appeals to the INS’s decision of immediate eviction.

New fact or not

The legal discussion now only concerns the question whether or not the facts in the repeated asylum application are new, compared to the first application for asylum in 2016. Judges and INS do not consider the facts to be new, without taking notice of their source, and therefore they do not even take the facts into consideration. This ends the legal debate on Sayed’s asylum application.

Sayed must now return to Afghanistan because the crucial fact of honor killing is not being considered as an argument for his asylum application. In addition, “family reunion” is simply rejected as an invalid, irrelevant argument. This is bizarre, because the two boys, who have found each other after 6 years, remain as the two last members of their original family in Afghanistan. Their father was killed by the Taliban in 2001. Their oldest brother disappeared in 2009. Their sister died while giving birth to twins and their mother was killed in 2010 by the Pashtun-family.

Sayed is now 18 years old. He is talented and eager to learn, and highly motivated to become a valuable member of the Dutch society. Due to the inexplicable reasoning of the INS and the court he has to leave our country. 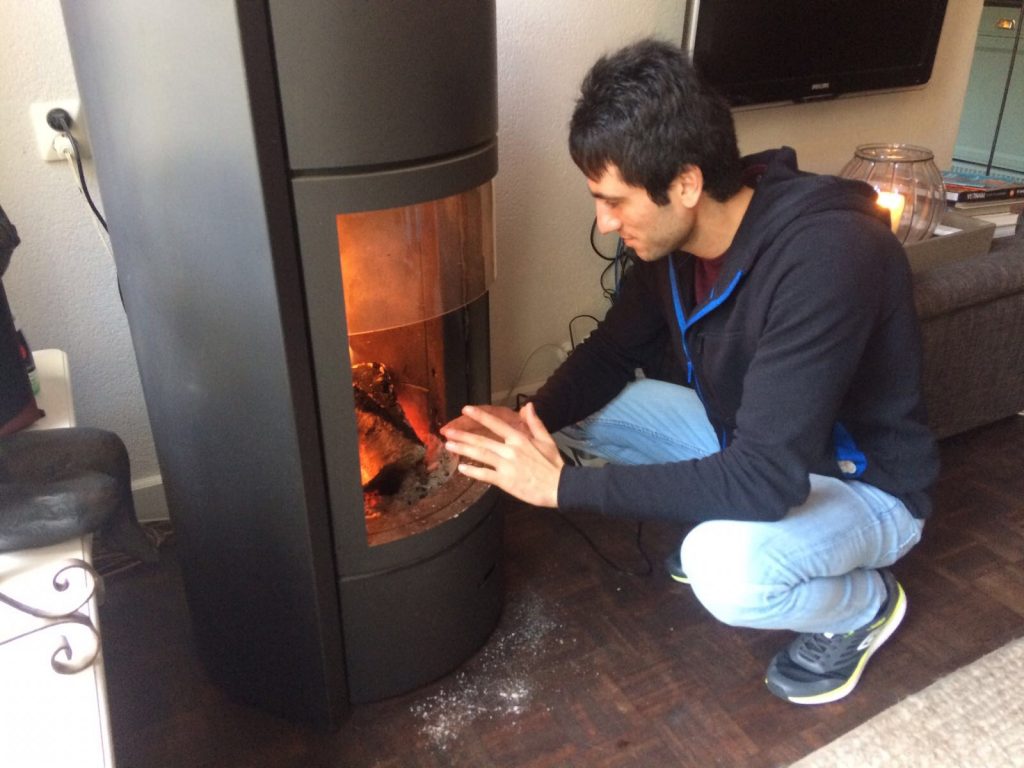 Who is able to help him? Please leave send your reaction to us by using the form on this page.

You’re also helping Sayed by sharing this story in your network. Thank you. 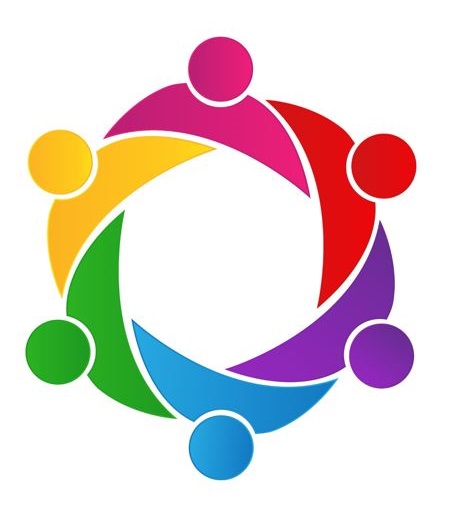 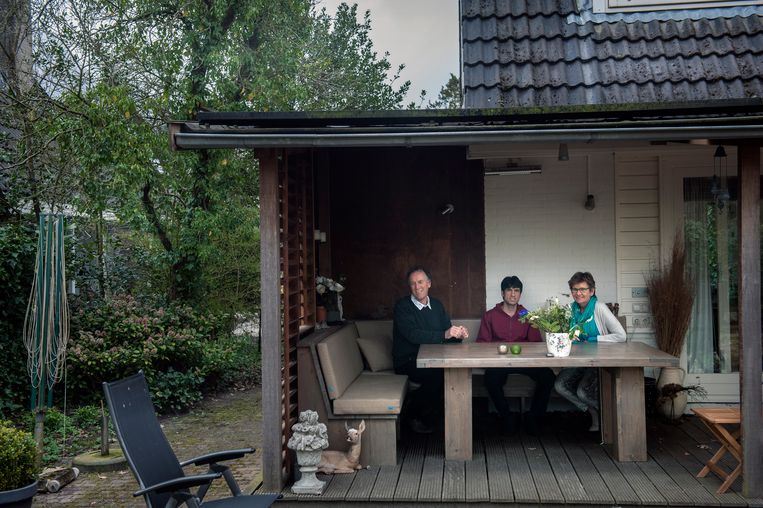 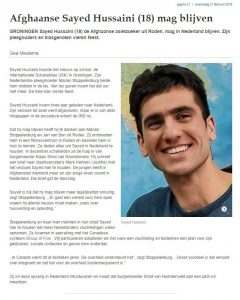 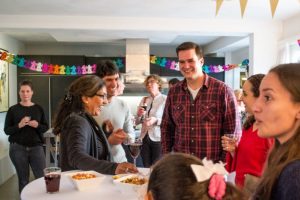 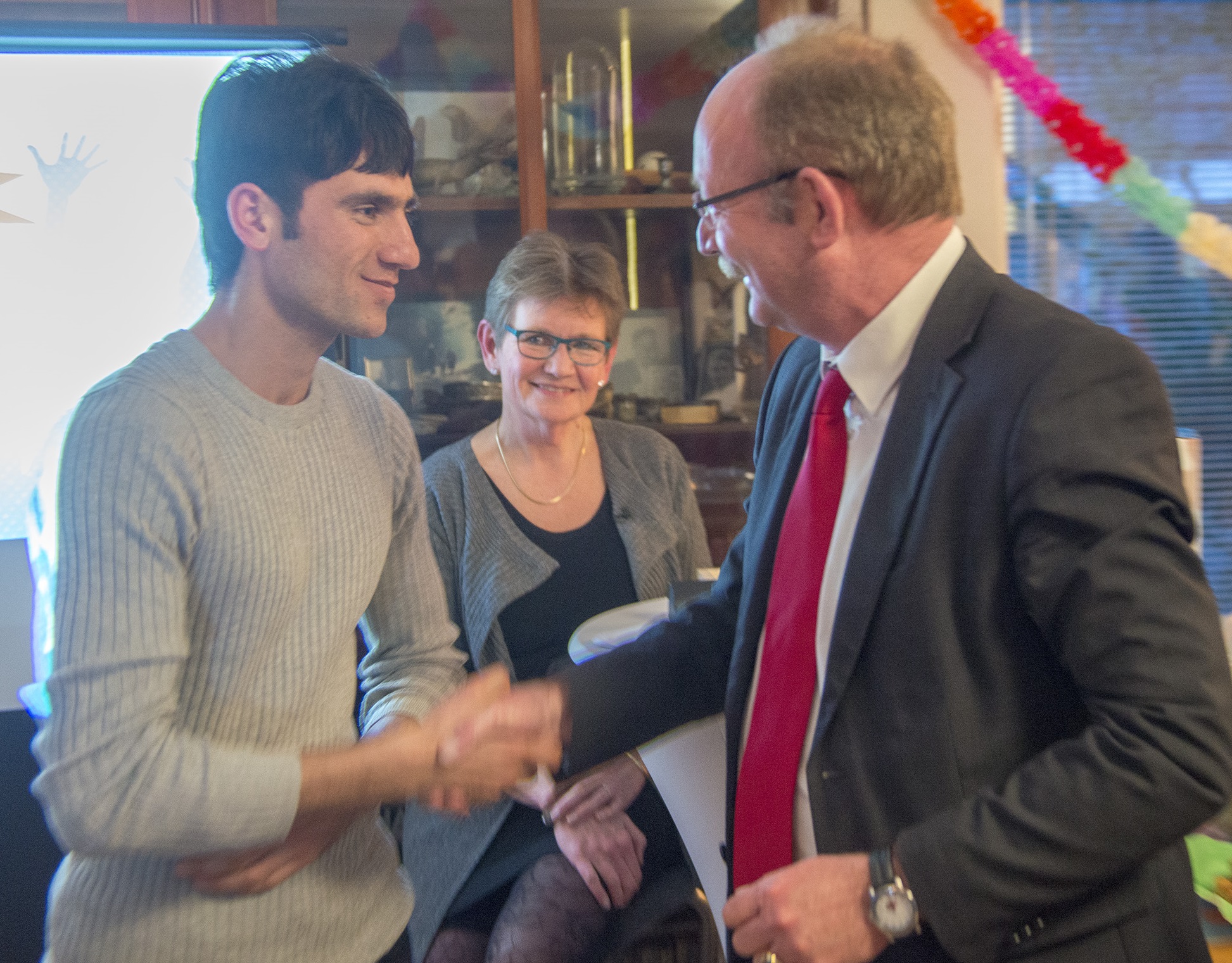 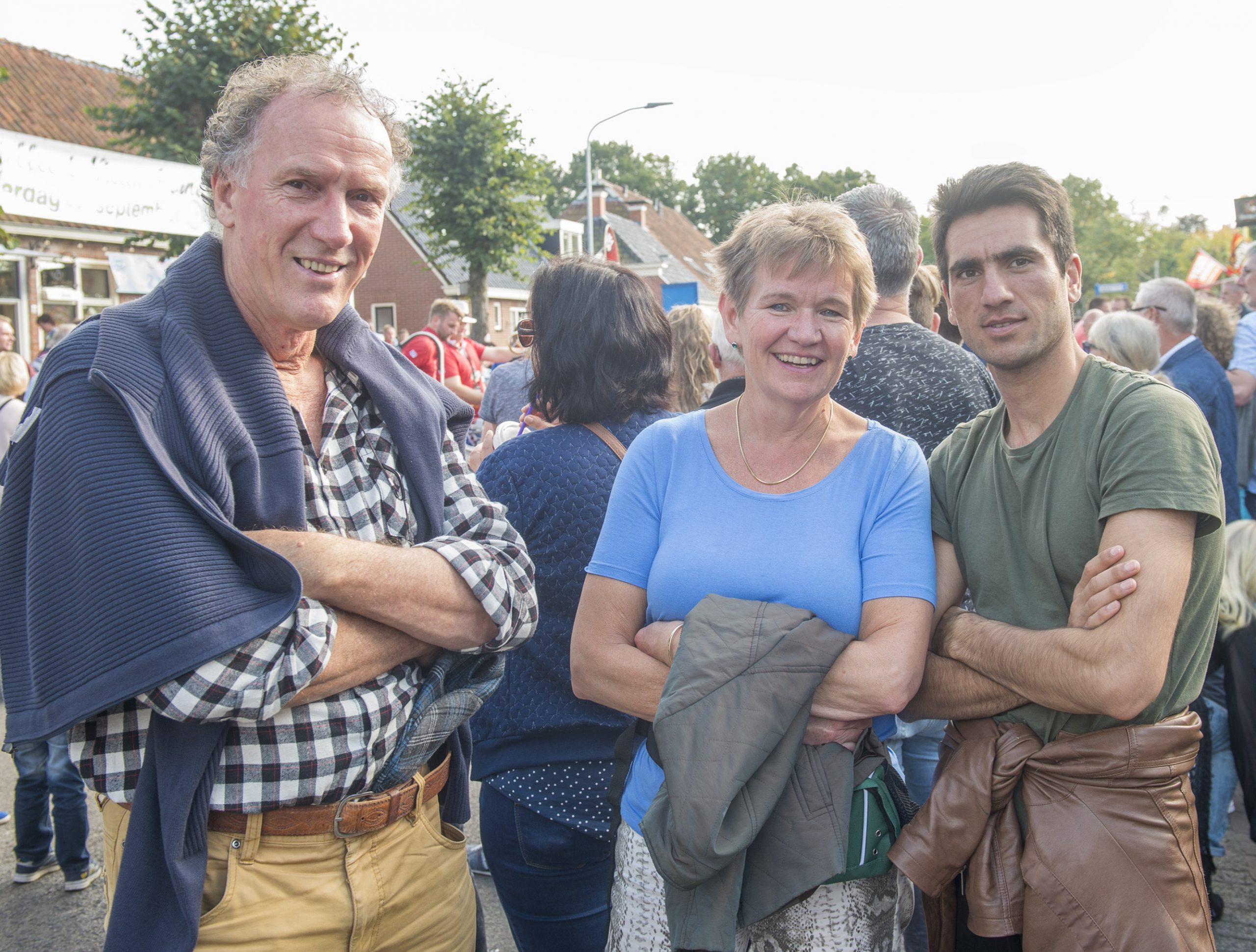 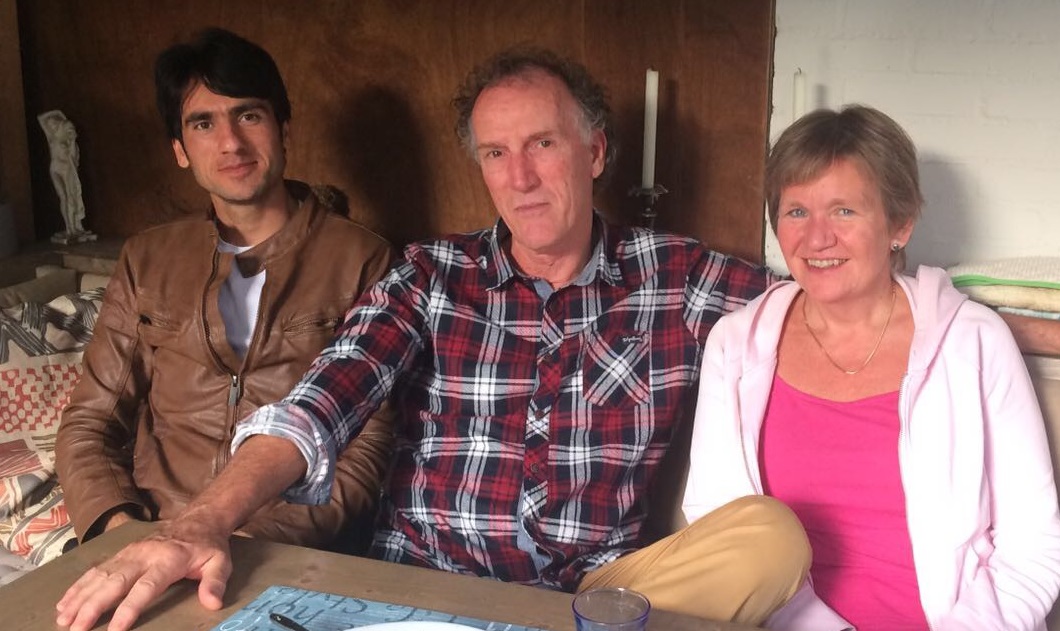 Do you want to respond?